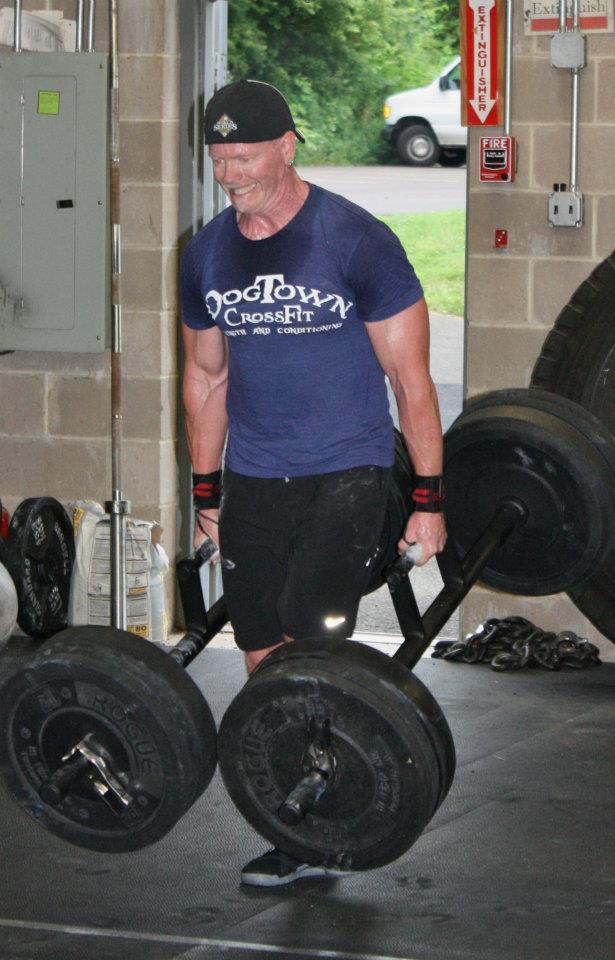 Dan is a Level 1 certified Crossfit instructor. Physical activity has always been a huge partof Dan’s life playing football and baseball throughout his youth. While in high school one of his coaches encouraged him to “put on some muscle.” That’s when his focus changed from football to body building. He continued on that track for years until marriage, kids and business became the center of his attention . While he continued to workout it was no longer a priority. A few years back some friends asked Dan to participate in a Tough Mudder. While researching how people train for this event , the word Crossfit kept popping up. After trying a couple workouts at home he quickly became hooked. Soon after he became a member of the CBCF family. In November of 2012 Dan decided to take his passion for Crossfit to the next level by completing his level 1 certification. While at first he said the certification was to better himself as an athlete , he seems to have found his niche in coaching others in the box and may have been known to, “NO REP” people on occasion. Dan hopes to continue other Crossfit certifications including the olympic lift certification in June.